The History of Pazyryk Carpet 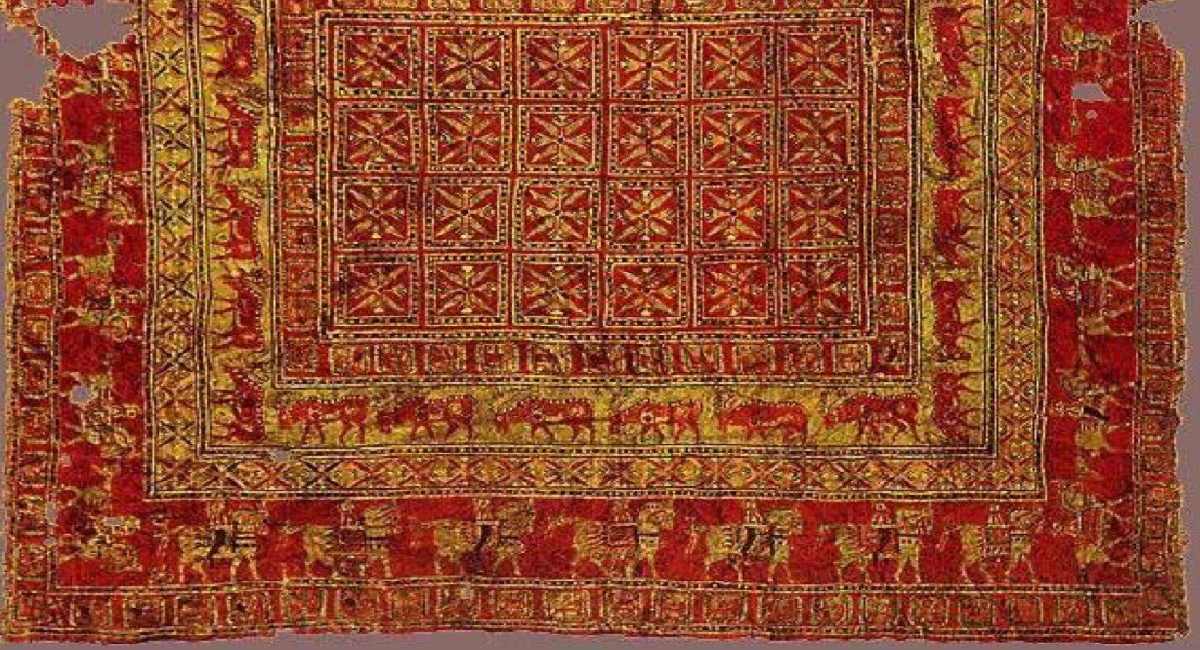 Humans have used carpets for millennia. While its exact origin is still not established, it is known that it was used in ancient periods, particularly in Persian and Oriental cultures.

The Pazyryk Carpet seems to be the world’s oldest known carpet, dating from the 5th century B.C. In the late 1940s, Russian archaeologist Sergei Rudenko unearthed it in the tomb of a Scythian prince in the Pazyryk Valley of Siberia. Rudenko believed the carpet he unearthed belonged to the Achaemenid Empire. However, the rug’s exact origin remains a mystery.

According to historians, the carpet remained since the burial was looted and left uncovered, turning the carpet into a block of ice preserved until Rudenko’s team discovered it over 60 years ago.

Even though this is nearly 2500 years old, the carpet demonstrates a degree of skill that modern historians did not believe was feasible since most woven rugs and carpets from the same period are of a more rudimentary design.

Sergei Rudenko, who discovered the Pazyryk carpet, assumed it was an item from the Achaemenid Empire. Most carpet experts think it came from Central Asia, most likely Persia or Armenia.

Although the horses shown on the rug are remarkably similar to equestrians on the frieze inside the ancient Persian capital of Persepolis, its exact provenance remains a mystery because both Persia and Armenian have an extensive history of carpet weaving.
Furthermore, few people believe the carpet was woven in a nomadic context or by the Scythians, whose style was never recognised as particularly complicated or elegant. Countless reproductions of the Pazyryk carpets are made today using natural colours by skilled weavers worldwide.

In 1948, the earliest hand-knotted oriental rug was discovered in the Altai Mountains of Siberia. It was unearthed in the grave of an Altai prince near Pazyryk, at an elevation of 5400 feet above the water, and demonstrates how well hand-knotted carpets were made thousands of years ago.

According to radiocarbon dating, the Pazyryk rug was created in the fifth century Bc, making it roughly 2500 years old. This rug’s superior weaving techniques and its sophisticated pattern and construction show that carpet weaving dates back considerably beyond the 5th century B.C. and is at least 4000 years old.

The carpet is now on display at the Hermitage Museums in Leningrad, Russia. The prince of Altai was buried alongside several of his prized artefacts, including the Pazryk Carpet, in a tomb mound.

Unfortunately, excluding the rug, the grave mounds were plundered of their valuable belongings not long after. The rug was partially frozen because the robbers did not cover the dug hole to collect the artefacts, exposing it to the weather inside the tomb.

The carpet was eventually frozen and preserved in a thick film of ice by a mix of low precipitation and temperature within the tomb, which protected it for twenty-five decades. The Pazyryk carpet is still in existence today because of this somewhat ironic story.

Europeans love to have Persian and other oriental mats in their home or office; that is why the Persian carpets generally have been exceptionally requested in Europe.

The Pazyryk is the most established carpet found at any point. During the uncovering of the burial chamber of the Shiite boss in Altai mountain in Siberia in 1847, they tracked down the Pazyryk mat on one sheet of ice.

After every one of the investigations, it was resolved that the Pazyryk carpet was woven 5 centuries B.C.. Subsequently, the speciality of the mat winding in Persia returns to 2500 years. It is abnormal to such an extent that they put this plan in Tetex floor covering; however, it could be unrivalled in Tetex.

How is Pazyryk Carpet made?

The Pazyryk carpet has been frozen in ice and is preserved. There are ribbon patterns in the middle, deers on the border, and warriors on horses. The entire carpet is made using wool, even the base and the pile. It also has around 3600 double knots, which are symmetrical and are present per dm2. These knots are also known as Turkish knots or Ghiordes knots.

The Pazyryk carpet, which dates from the 4th–3rd centuries BC, is one of the world’s oldest carpets. It is now housed in Russia’s Hermitage Museums in St. Petersburg. The Pazyryk carpet was discovered in 1949 in the Bolshoy Ulagan dry region of Kazakhstan’s the Altai Mountains in the grave of the Scythian aristocrat. The Pazyryk carpet had already been encased in ice and is preserved well.

Previous Post
Carpet Sizes and Dimensions: Which Carpet Size Is Right For Your Home? 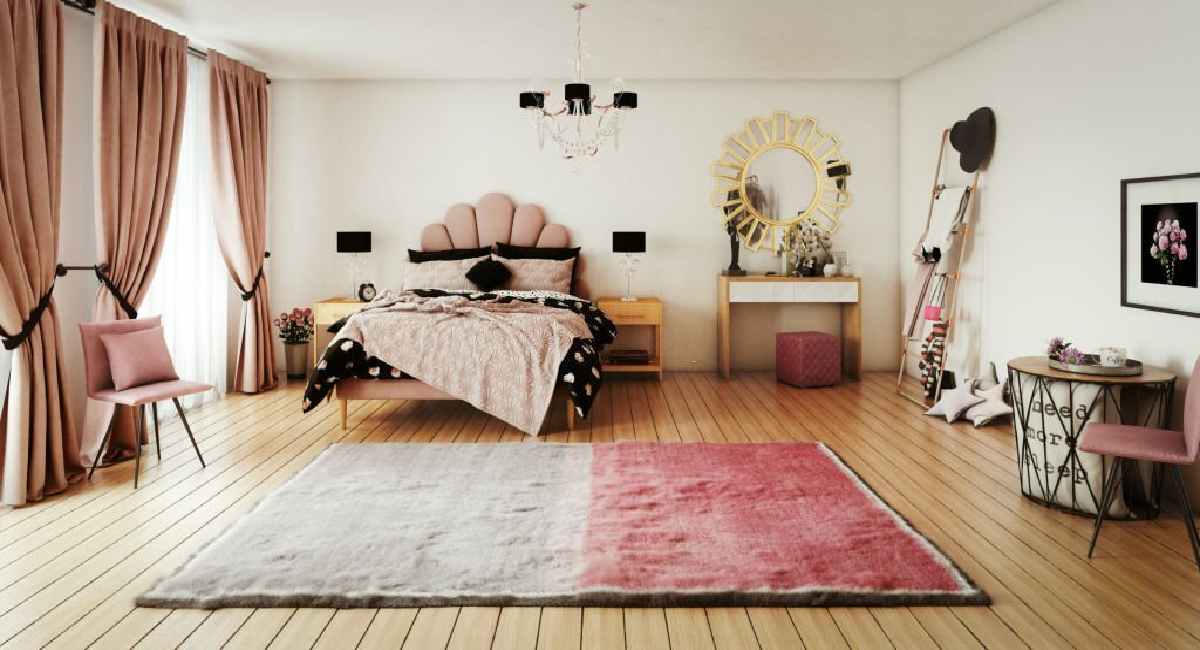 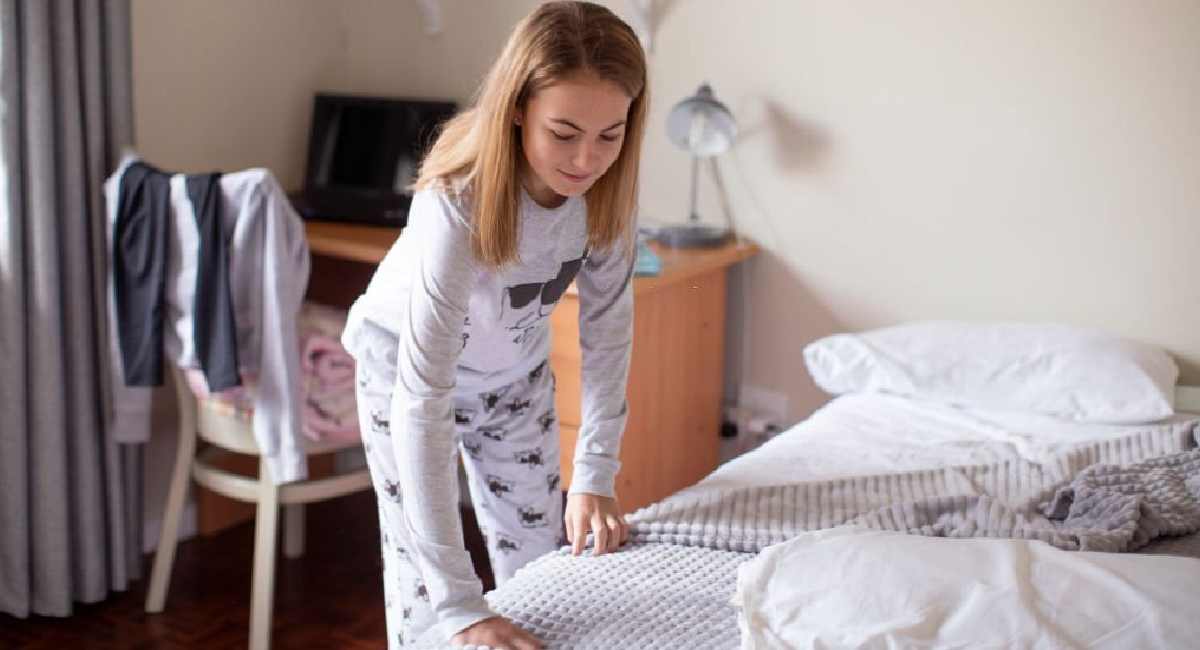 Many folks put off spring cleaning because they are unsure where to start. However, spring cleaning a place is a rather simple task when you have a checklist. Each activity is easy to complete; the hardest part is getting underway. This is where this to-do list comes in handy. The spring cleaning checklist that we […]
Read More...

This website uses cookies to improve your experience while you navigate through the website. Out of these cookies, the cookies that are categorized as necessary are stored on your browser as they are essential for the working of basic functionalities of the website. We also use third-party cookies that help us analyze and understand how you use this website. These cookies will be stored in your browser only with your consent. You also have the option to opt-out of these cookies. But opting out of some of these cookies may have an effect on your browsing experience.
Necessary Always Enabled
Necessary cookies are absolutely essential for the website to function properly. This category only includes cookies that ensures basic functionalities and security features of the website. These cookies do not store any personal information.
Non-necessary
Any cookies that may not be particularly necessary for the website to function and is used specifically to collect user personal data via analytics, ads, other embedded contents are termed as non-necessary cookies. It is mandatory to procure user consent prior to running these cookies on your website.
SAVE & ACCEPT